Skip to main content
Proudly Sponsored By
Club Logo
Created By
Catchup on all the latest action from ${round}!
Previous
Next
Loading…
Watch every match live and on-demand...
Loading…

There is currently no ladder available

It puts the pair in the selection pool for the Power’s opening clash against Sydney at the SCG.

Both have had impressive pre-seasons, with mature-aged rookie Eddy making headlines after a five-goal performance against Hawthorn on Sunday.

Houston has been one of Port’s rough diamonds in the JLT Series on the back of a strong pre-season on the track. 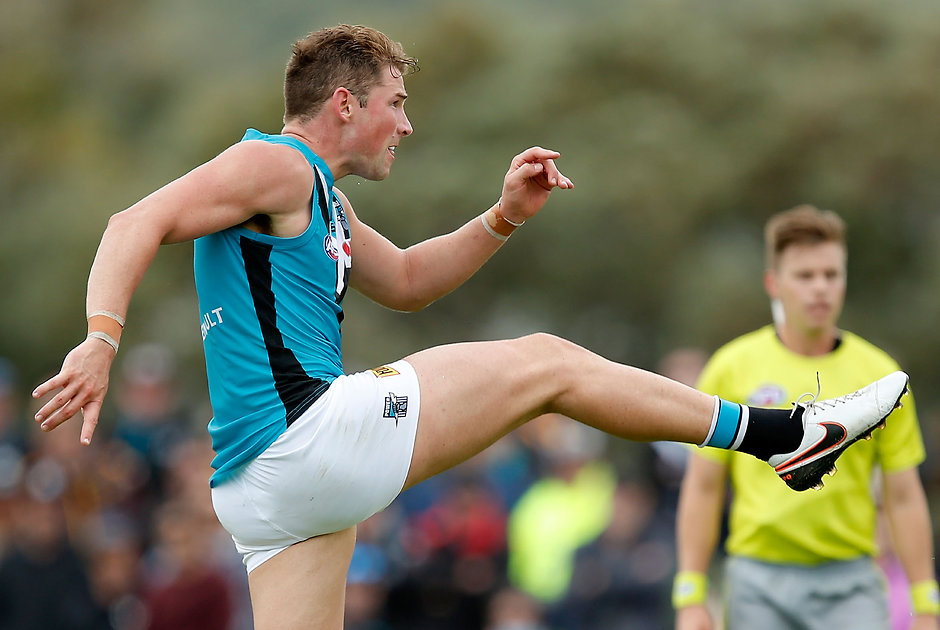 Port Adelaide senior coach Ken Hinkley told portadelaidefc.com.au the pair had shown significant leadership on the track during the pre-season.

Eddy will be 27 years old if he plays his first game at the start of the season.

“It’s hard to not like Brett’s story. It’s one of persistence, and at every point I’ve spoken to him he’s wanted the opportunity and the chance to prove himself,” Hinkley said.

“He’s done that all the way through the pre-season to the point that he’s an upgraded rookie and a chance to make his debut in Round 1.

“There’s footy smarts everywhere with him.

“The challenges in his game have been around whether he’s got the ability to make it at the highest level, but he’s just a smart player and it shows natural footballers can make it at the top level.

Having played just his first AFL-standard game against St Kilda in the second week of the JLT Series, Houston’s rise has been rapid. 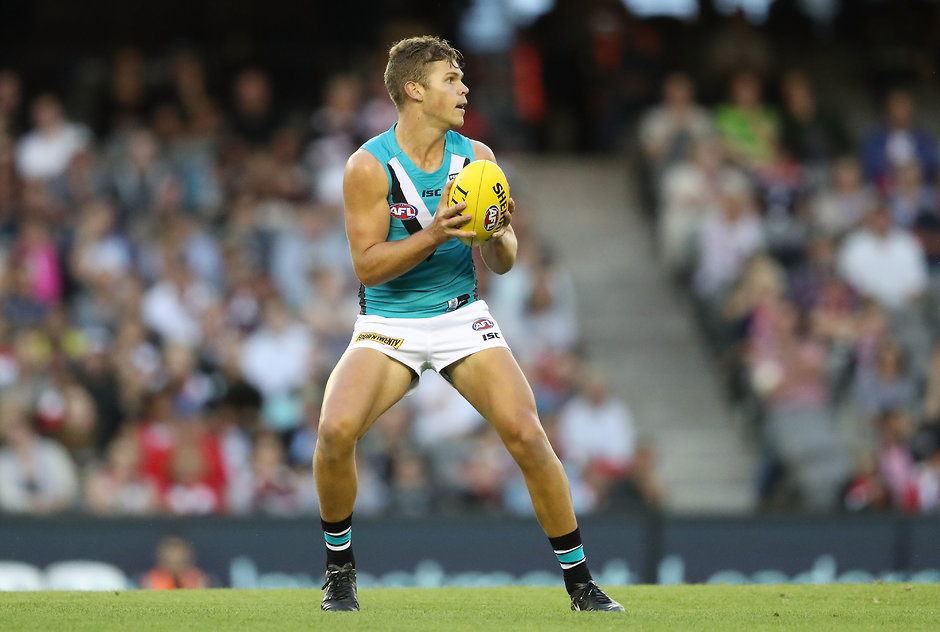 Dan Houston in action during his first AFL-standard game against the Saints in JLT Series Week 2 [pic: AFL]

He played just 10 SANFL games for the Magpies last year after overcoming injury.

“Dan shows what can be achieved from a good pre-season,” Hinkley said.

“He wouldn’t have given himself much of a chance playing much JLT football this year, let alone AFL, but a change of position to half-back from half-forward late last year has seen him show really rapid growth.

“His poise and composure down there has stood out, as has his leadership, he’s a kid who leads in what he does.”

Port Adelaide’s opening AFL game is against Sydney at the SCG on Saturday 25 March at 4.35pm AEDT.